by admin
in Featured, News
0

WAEC on its official Twitter page called on students not to patronise those who publish other versions of the said timetable. The council’s head of public affairs, Demiaus Ojijiegu, disclosed that the examination will begin on Monday, August 17, and expected to end on Saturday, September 20. 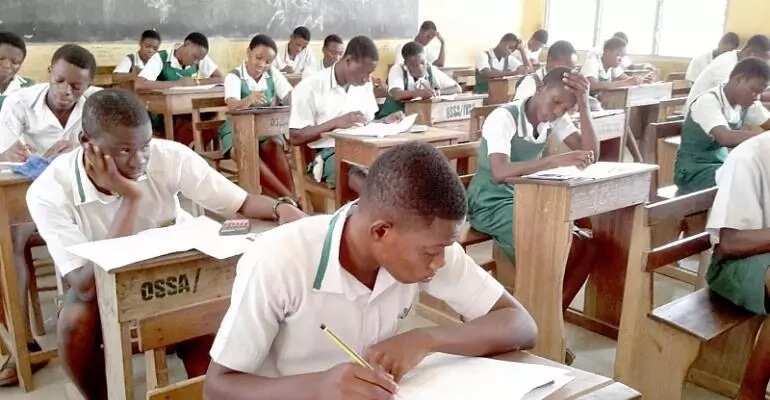 Meanwhile, onenextnewsng.com reported that following the increasing cases of coronavirus in the country, the federal government had warned the state governments against the reopening of schools because of pressure from the children and parents.

The minister of state for education, Chukwuemaka Nwajiuba, who spoke on Monday, June 22, while reacting to questions at the daily briefing of the Presidential Task Force (PTF) on COVID-19, also said the Federal Ministry of Education did not give Oyo state any guidance to reopen schools.

Onenextnewsng.com gathered that Nwajiuba said he was particularly concerned about the spike in the confirmed cases of COVID-19 in Oyo state, saying it was Ogun state under lockdown that was actually the concern of the government.

He appealed to parents and other stakeholders to continue to bear with the government while the situation is being monitored so as to guarantee the safety of children when the schools are eventually reopened.

Dont use your mouth for sex president YOWERI MUSEVENI